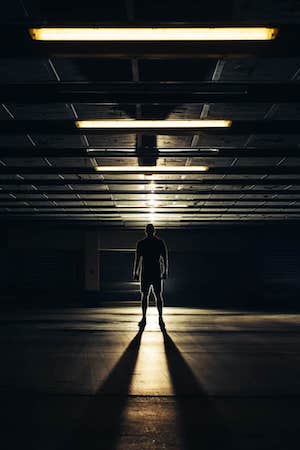 Unlawfully entering someone else’s property with the intent to commit a crime may not only result in accusations of trespassing, but it can also lead to burglary and breaking or breaking and entering charges.  Burglary and breaking and entering are serious charges that carry lengthy prison terms. In many cases in which the Commonwealth charges a person with a crime, there is insufficient evidence to prove their guilt, however. If you are charged with breaking and entering or burglary, it is in your best interest to speak to a lawyer to determine what measures you can take to safeguard your rights. The dedicated Fairfax criminal defense lawyers of Crowley Peritz Law are adept at helping people charged with crimes seek favorable outcomes. If you engage our services, we will gather the evidence needed to help you seek the best legal result possible under the facts of your case. We have an office in Fairfax, and we regularly defend people charged with breaking and entering and burglary in cities throughout Northern Virginia.

Burglary and Breaking and Entering as Defined by Virginia Law

Burglary and breaking and entering are similar crimes, but there are key differences between the two offenses. Under Virginia law, burglary is the entry of the dwelling house, or home, of another person, at night, with the intent to commit any larceny or a felony within the home. Burglary is usually punishable as a Class 3 felony, which carries five to twenty years in prison, unless the defendant had a deadly weapon at the time, in which case it will be punished as a Class 2 felony, which can result in a term of imprisonment of twenty years to life.

The crime of breaking and entering also involves the act of unlawfully entering the home, or dwelling house, of another person, with an intent to commit a crime. Unlike burglary, however, breaking and entering can occur at night or during the day. Additionally, the crime the person intends to commit in the home is a misdemeanor other than trespass or assault and battery, rather than a felony. In cases in which the defendant carried a deadly weapon at the time of the offense, breaking and entering will be charged as a Class 2 felony. In all other instances, it is a Class 6 felony that carries a penalty of one to five years in prison.

The Prosecution’s Burden in Criminal Cases

In any criminal case brought in Virginia, the prosecution bears the burden of proof. In other words, it must show, beyond a reasonable doubt, each element of the charged offense in order to obtain a guilty verdict. This essentially means that it must show that the evidence weighs so heavily in its favor that when presented with the evidence, no reasonable person could conclude the defendant is not guilty. If the prosecution cannot meet this standard, the jury or judge should rule in the defendant’s favor.

Potential Defenses to Burglary and Breaking and Entering Charges

Criminal defendants have no obligation to offer a defense at trial or prove their innocence. Many choose to do so, however, because it benefits their case. For example, they may be able to argue that the prosecution cannot establish they intended to commit a crime in the dwelling, and therefore, they should not be found guilty. There may be numerous other defenses available as well, depending on the facts of the case.

Speak to a Trusted Fairfax Attorney

Criminal convictions can have lifelong consequences, but not all criminal charges lead to guilty verdicts. If you are accused of committing a burglary or breaking and entering offense, it is advisable to speak to an attorney about your options for seeking a good outcome. The trusted Fairfax lawyers of Crowley Peritz Law are proficient at defending people in the Virginia courts, and if we represent you, we will advocate zealously on your behalf. Our office is in Fairfax, and we frequently defend people accused of burglary and breaking and entering in cities throughout Northern Virginia and Fairfax, Loudoun, Frederick, Prince William, and Stafford Counties, including McLean, Alexandria, Arlington, Fairfax, Annandale, Centreville, Burke, Herndon, Reston, Vienna, Falls Church, Stephens City, Ashburn, Dulles, Leesburg, Manassas, Dale City, Lake Ridge, Linton Hall, Woodbridge, Stafford, and Winchester. You can reach us to set up a confidential meeting by calling us at (703) 337-3773 or using our online form.