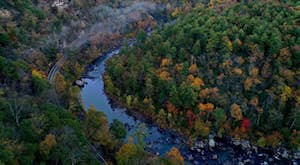 Loudoun County is the third most populous county in Virginia and has been ranked the wealthiest Virginia county for several years. Prince William County and Fauquier County border the south, and Fairfax County is to the east. Loudoun County is home to Washington Dulles International Airport and several globally recognized technology companies, including Verizon Business.

During the American Revolutionary War, Loudoun County became a leader in agriculture. Loudoun earned the nickname “Breadbasket of the Revolution” for its production of grain to help feed the Continental Army. Loudoun County was home to President James Monroe, and its reputation as the Breadbasket continued into World War I.

In addition to Leesburg, some of the most well-known towns in Loudoun County include Round Hill, Purcellville, Ashburn, Sterling, South Riding, Stone Ridge, Dulles, and Aldie.

While Loudoun County maintains a low crime rate compared to neighboring areas of Northern Virginia, the attorneys of Crowley Peritz Law represent many individuals who have been charged with criminal and traffic offenses. DUI, larceny, assault, drug offenses, and sex crimes are relatively common offenses in Loudoun County, and having an attorney who is a staple in the Leesburg courthouse is the first step in building your defense. Our attorneys offer free consultations for Loudoun case, and are available 24/7. Contact now.