''Simple'' Possession of a Controlled Substance 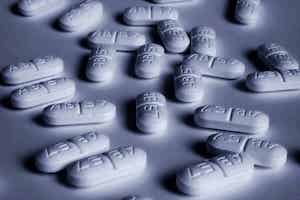 Some people mistakenly believe that they can only be charged with drug crimes for selling or manufacturing illicit substances. In Virginia, though, simple possession of a controlled substance is a criminal offense, and it accounts for a substantial number of arrests throughout the state. Pursuant to Virginia’s strict laws, parties found guilty of unlawfully possessing drugs may face significant penalties, but simply because the police arrest someone does not mean that the state has sufficient evidence to establish their guilt. If you are accused of simple possession of a controlled substance, it is in your best interest to meet with Fairfax Drug Crimes Laywer to evaluate your options. The assertive Fairfax criminal defense lawyers of Crowley Peritz Law possess the knowledge and skills needed to help you seek a successful outcome, and we will fight to help you protect your liberties. We have an office in Fairfax, and we frequently defend people charged with drug crimes in cities throughout Northern Virginia.

Simple Possession of a Controlled Substance in Virginia

In Virginia, “simple” possession of a controlled substance is the offense the state often charges people with when they are found with an illicit substance in their possession, but there is no evidence they intended to sell it or were responsible for manufacturing it. Under the relevant statute, it is illegal for any individual to intentionally or knowingly possess a controlled substance without a valid prescription or order of a doctor working in the course of his profession. Under the statute, the severity of the charge and the penalties imposed vary depending on the nature of the drug allegedly found in the person’s possession. Virginia categorizes drugs by schedules I through VI.

Defenses to Simple Possession of a Controlled Substance

While the exact defenses available to a person charged with simple possession of a controlled substance will vary depending on the facts of the case, there are certain defenses that are more commonly asserted than others. For example, one of the elements of simple possession crime in Virginia is intent; as such, a defendant may be able to argue that the prosecution lacks adequate evidence to demonstrate the defendant acted willingly or knowingly. If the prosecution fails to prove that the defendant possessed the state of mind needed to commit the offense, it should not be able to obtain a conviction. Similarly, simple possession crimes require the prosecution to prove that the defendant had control and dominion over the substance, which means that they have access to it and the ability to do with it what they wish. Absent evidence of this power, the defendant should not be found guilty. Finally, a defendant may argue that they did not know the character of the illicit substance, and therefore, did not possess it knowingly.

A conviction for a drug offense often not only results in criminal penalties but it also harms a person’s reputation, relationships, and professional opportunities. As such, it is important for anyone charged with simple possession of a controlled substance to engage the services of a skillful attorney. If you are charged with a drug crime, the capable Fairfax Drug Crimes Lawyers of Crowley Peritz Law can gather the evidence needed to craft persuasive arguments in your defense to help you seek a favorable legal outcome. You can contact us to set up a confidential conference by using our online form or calling us at (703) 337-3773.